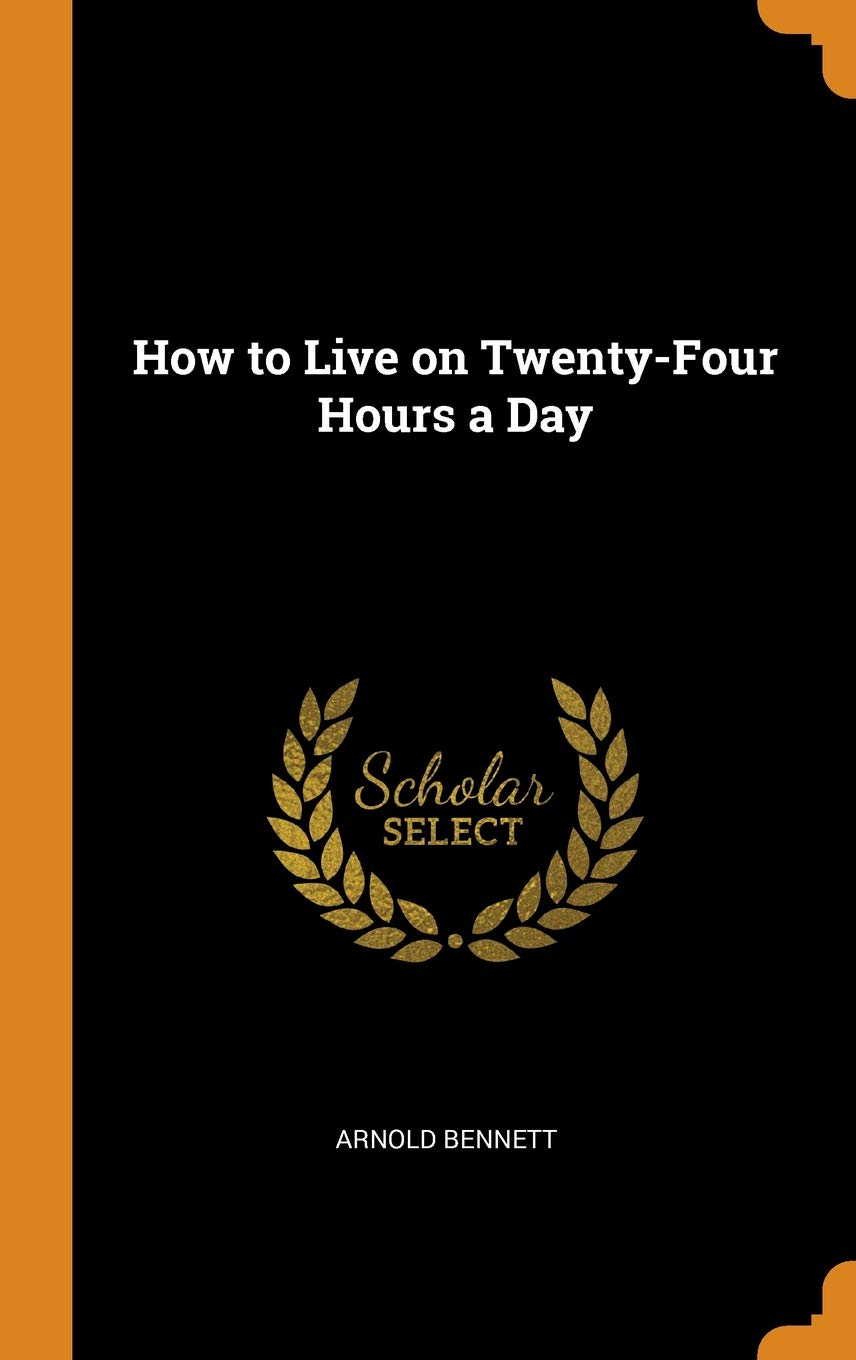 This short book, written in 1908 tries to explain and distinguish between simply “existing” and actually living. Bennett argues for a more deliberate use of our time if we really want to live.

What struck me is how similar life today is to life in the early 1900s so much of the advice in the book is still relevant today. History is cyclical the stoics might say…

It is better to have lived a bit than never to have lived at all. The real tragedy is the tragedy of the man who is braced to effort neither in the office nor out of it, and to this man this book is primarily addressed.

Employ your engines in something beyond the programme before, and not after, you employ them on the programme itself. [ I.e. work on your things before going to work! ]

I am convinced that most people sleep as long as they do because they are at a loss for any other diversion.

You wake up in the morning, and lo! your purse is magically filled with twenty-four hours of the unmanufactured tissue of the universe of your life!

Its right use, its most effective use, is a matter of the highest urgency and of the most thrilling actuality. All depends on that. Your happiness – the elusive prize that you are all clutching for, my friends! – depends on that.

We never shall have any more time. We have and we have always had, all the time there is. It is the realisation of this profound and neglected truth (which, by the way, I have not discovered) that has led me to the minute practical examination of daily time-expenditure.

If we further analyse our vague, uneasy aspiration, we shall, I think, see that it springs from a fixed idea that we ought to do something in addition to those things which we are loyally and morally obliged to do.

If my typical man wishes to live fully and completely he must, in his mind, arrange a day within a day.

the mental faculties are capable of continuous hard activity; they do not tire like an arm or leg. All they want is change – not rest, except in sleep.

[ Remember, this was written in the early 1900s. Some of the claims might not be true. The key here is not context switching or multi-tasking, rather working on more than one project at a time. ]

Can you deny that when you have something definite to look forward to at eventide, something that is to employ all your energy – the though of that something give a glow and a more intense vitality to the whole day?

The man who beings to go to be forty minutes before he opens his bedroom door is bored; that is to say, he is not living.

…they have attained it by realising that happiness does not spring from the procuring of physical or mental pleasure, but from the development of reason and the adjustment of conduct to principles.

Another danger is the danger of developing a policy of rush, of being gradually more and more obsessed by what one has to do next. In this way one may come to exist as in a prison, and one’s life may cease to be one’s own.

The Undercover Economist By Tim Harford
Il Deserto Dei Tartari By Dino Buzzati
A Guide to the Good Life By William B. Irvine