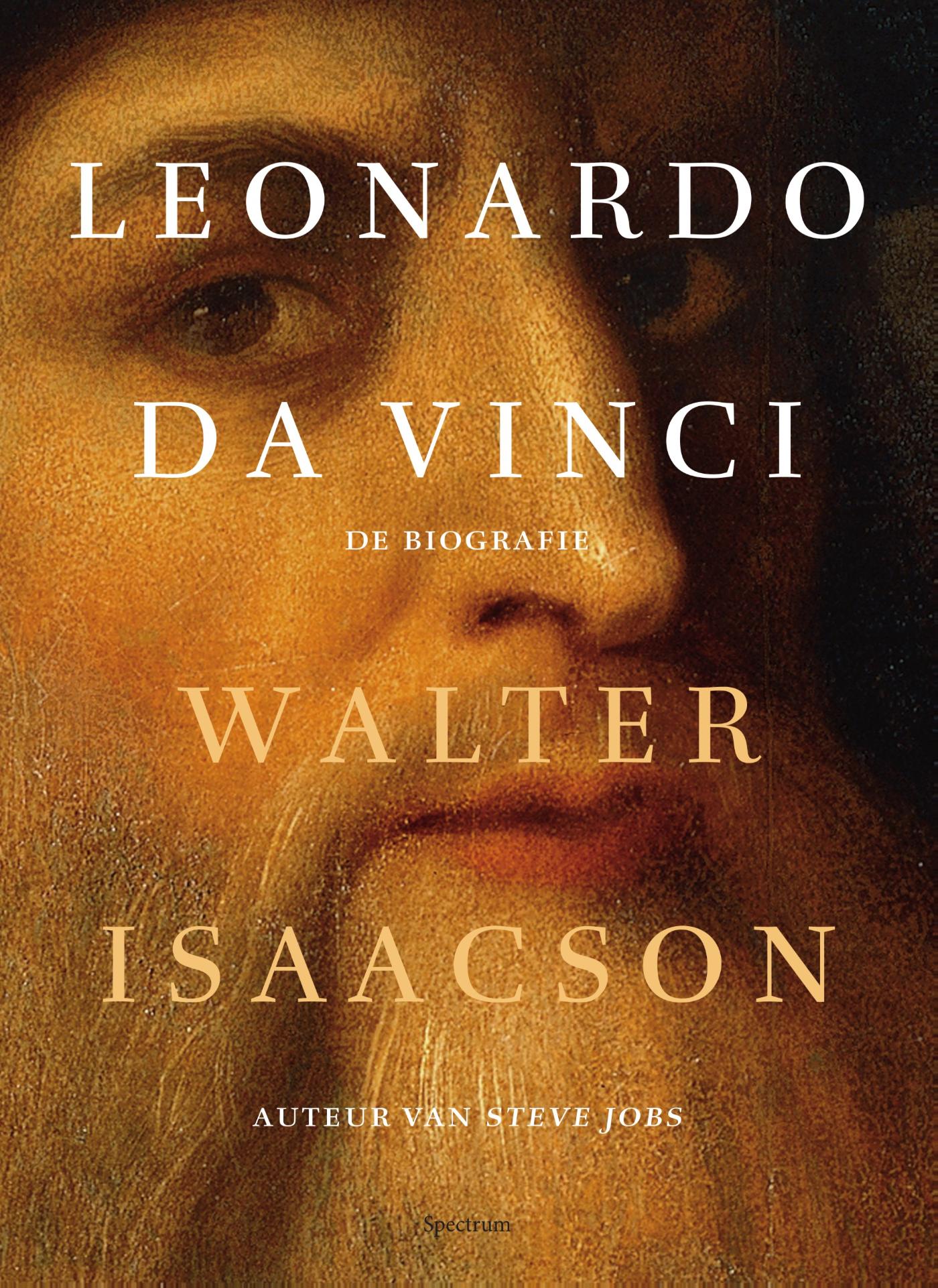 This is the first book written by Walter Isaacson that I read. It lived up to expectations. The book is beautifully written. I liked in particular that Isaacson is not afraid to give his opinion on certain matters especially when historians don’t seem to agree. This is something that makes the whole reading more fluid and brings us closer to what goes on in the writer’s mind.

In terms of the content, it is hard to beat Leonardo. Everybody already knows about him, about his inventions, about all the different specialties and fields that he went in. Everybody knows about his paintings and experiments. What the book really manages to do well is to make one understand that his genius was not pure luck. It was very hard work and a curiosity like we have never seen again.

Leonardo believed everything was interconnected. Science and art where two sides of the same coin and his work, as reflected in the book, show that.

Below are passages that I want to keep re-reading. But you should grab the book and give it a go. You’ll learn more about anatomy, art and observation that you did in the past.

…the ability to make connections across disciplines – arts and sciences, humanities and technology – is a key to innovation, imagination and genius. Benjamin Franklin, a previous subject of mine, was a Leonardo of his era: with no formal education, he taught himself to become an imaginative polymath who was Enlightenment America’s best scientist, inventor, diplomat, writer, and business strategist.

Albert Einstein, when he was stymied in his pursuit of his theory of relativity, would pull out his violin and play Mozart, which helped him reconnect with the harmonies of the cosmos. Ada Lovelace, whom I profiled in a book on innovators, combined the poetic sensibility of her father, Lord Byron, with her mother’s love of the beauty of math to envision a general-purpose computer. And Steve Jobs climaxed his product launches with an image of street signs showing the intersection of the liberal arts and technology. Leonardo was his hero. “He saw beauty in both art and engineering,” Jobs said, “and his ability to combine them was what made him a genius.”

Vision without execution is hallucination.

Skills without imagination is barren. Leonardo knew how to marry observation and imagination, which made hims history’s most consummate innovator.

…he also took pride that his lack of formal schooling led him to be a disciple of experience and experiment. “Leonardo da Vinci, discepolo della sperientia,” he once signed himself.

(This is key. We’re so used to go through a very formal and standard system of schooling. Brings back the chapter on Apprenticeship from Robert Greene’s “Mastery”. Also, most of the useful stuff I’ve learned, I’ve learned through direct experience, away from school.)

His lack of reverence for authority and his willingness to challenge received wisdom would lead him to craft an empirical approach for understanding nature that foreshadowed the scientific method developed more than a century later by Bacon and Galileo. His method was rooted in experience, curiosity, and the ability to marvel at phenomena that the rest of us rarely pause to ponder after we’ve outgrown our wonder years.

Being left-handed was not a major handicap, but it was considered a bit of an oddity, a trait that conjured up words like sinister and gauche rather than dexterous and adroit, and it was one more way in which Leonardo was regarded, and regarded himself, as distinctive.

The glory of being an artists, he realized, was that reality should inform but not constrain. “If the painter wishes to see beauties that would enrapture him, he is master of their production,” he wrote.

“Whoever does not curb lustful desires puts himself on the level of beasts.”

He applied classic analogy between the microcosm of the human body and the macrocosm of the earth: cities are organism that breathe and have fluids that circulate and waste that needs to move. He had recently begun studying blood and fluid circulation in the body. Thinking by analogy, he considered what would be the best circulation system for urban needs, ranging from commerce to waste removal.

In collecting such a medley of ideas, Leonardo was following a practice that had become popular in Renaissance Italy of keeping a commonplace and sketch book, known as zibaldone. But in their content, Leonardo’s were like nothing the world had ever, or has ever, seen. His notebooks have been rightly called “the most astonishing testament to the powers of the human observation and imagination ever set down on paper.”

Leonardo believed that analogy was a way to appreciate the unity of nature, and among the analogous forms he explored was the branching pattern that could be found in tress, in the arteries of the human body, and in rivers and their tributaries.

“His disposition was so lovable that he commanded everyone’s affection,” according to Vasari. “He was so pleasing in conversation that he attracted to himself the hearts of men.”

His rationale for avoiding meat derived from a morality based on science. Unlike plants, animals could feel pain, Leonardo realized.

“Pleasure and Pain are represented as twins,” Leonardo wrote on the drawing, “because there never is one without the other.”

Leonardo enjoyed being surrounded by friends, companions, students, assistants, fellow courtiers, and thinkers. In his notebooks we find scores of people with whom we wanted to discuss ideas. His closest friendships were intellectual ones.

Ideas are often generated in physical gathering places where people with diverse interests encounter one another serendipitously. That is why Steve Jobs liked his buildings to have a central atrium and why the young Benjamin Franklin founded a club where the most interesting people of Philadelphia would gather every Friday. At the court of Ludovico Sforza, Leonardo found friends who could spark new ideas by rubbing together their diverse passions.

“He who has access to the fountain does not go to the water-jar.”

(on experience and wisdom over scholarship)

“My intention is to consult experience first, and then with reasoning show why such experience is bound to operate in such a way,” he wrote. In other words, he would try to look at facts and from them figure out the patterns and natural forces that caused those things to happen. “Although nature beings with the cause and ends with the experience, we must follow the opposite course, namely being with the experience, and by means of it investigate the cause.”

Leonardo honed two other traits that aided his scientific pursuits: an omnivorous curiosity, which bordered on the fanatical, and an acute power of observation, which was eerily intense. Like much with Leonardo, these were interconnected.

Deep observation must be done in steps: “If you wish to have a sound knowledge of the forms of objects, begin with the details of them, and do not go on to the second step until you have the first well fixed in memory.”

“There is no certainty in science where mathematics cannot be applied.”

“Men of lofty genius sometimes accomplish the most when they work the least,” he told the duke, “or their minds are occupied with their ideas and the perfection of their conceptions, to which they afterwards give form”

Leonardo’s rejection of Church teachings on the soul was done without drama or angst. He was naturally comfortable with scientific humanism and tended to look at facts. He believed in the glorious and awe-inspiring nature of creation, but for him these were things to be studied and appreciated through science and art, not through the dogmas handed down by the Church.

One mark of a great mind is the willingness to change it.

The willingness to surrender preconceptions was key to his creativity.

He enjoyed the challenge of conception more than the chore of completion.

… No instant, he wrote, is self-contained, just as no action in a theatrical pageant nor any drop in a flowing river is self-contained. Each moment incorporates what came right before and what is coming right after.

Seek knowledge for its own sake. Not all knowledge needs to be useful. Sometimes it should be pursued for pure pleasure.

Retain a childlike sense of wonder.

Start with the details.

Creativity requires time for ideas to marinate and intuitions to gel.

Make lists. And be sure to put odd things on them. Leonardo’s to-do lists may have been the greatest testaments to pure curiosity the world has ever seen.